In the beginning of 2018 I joined forces with avant-thinking company Sunhouse Sensory Percussion and acquired four of their sensors to enhance my solo performances. Since then my Aforemention set has reached a new plateau in terms of sound, direction and versatility.

The sensors are attached to each of the four drums and have three methods of sound acquisition: optical, acoustic and magnetic. Each sensor communicates with the audio interface (through XLR cables) which then transfers the signal to an AI software made by the Sunhouse company itself. The software tells the sensors to split each drum in 10 different virtual parts, each assignable with countless samples, sounds, loops, effects and automations. The possibilities are infinite!

One of the things I like the most is assigning a note to one or more drums and automate the pitch according to the velocity of my strokes. You can even choose what kind of harmonic scale should the automation follow. My personal preference is to use these sensors with acoustic drums, although you can choose to use mesh heads instead and just go for the electronic sounds while still playing a drum kit.

In this video I play three short demos with some sounds I imported from my own library. New audio/video material on the way soon!

Happy to have contributed to the single from Khalab‘s album “Black Noise 2084” on On The Corner Records feat. visionary saxophonist Shabaka Hutchings. 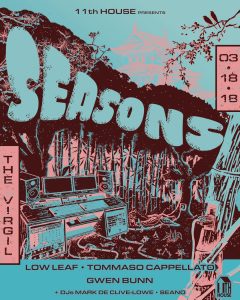 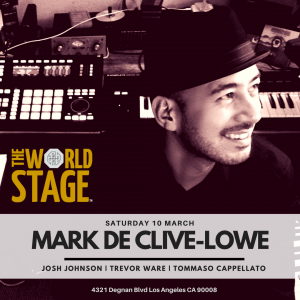 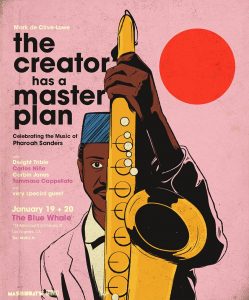 One of the highlights of my recent tour in Japan last september was playing @DOMMUNE in Tokyo, run by visionary artist Ukawa Naohiro. It’s a small venue that, very similarly to Boiler Room, has been showcasing countless live streams of artist from all over the planet. The sound was quite incredible in there with their funktion one sound system with Mr. Ukawa directing 6 different cameras from a hidden tiny room placed at the back of the venue in real time. Two great DJ sets were performed before and after by DJs Kirioka and Midori Aoyama. Just brilliant!

It’s my third time performing at ÜBERJAZZ Festival and I’m so honored to be headlining with my own solo project #Aforemention along with this incredible array of international talented stars. The first two times I played at this wonderful festival I was part of Mark de Clive-Lowe’s “Church” project and it was a blast. I look forward to see all these familiar faces again!